GH Poll: What Next?

"General Hospital" is being recognized for their work this past year. See who got nominated in our roundup of 40th Annual Daytime Emmy Pre-Nominations. And is Jennifer Aniston heading down the aisle soon? 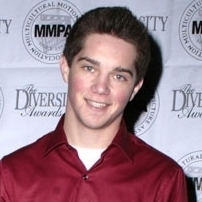 Rafe may have been unwittingly dragged to Port Charles by his mom Alison looking for safety, but they found anything but from the moment they got into town. Now with Alison murdered, along with his biological father Caleb, Rafe is alone in the world when it comes to family. But he has already made quite a few strong connections during his short time in town, so chances are he will be sticking around a while.

So what will become of Rafe? Vote below and then check out the latest General Hospital Weekly Blog for more dish about everything that happened this week in Port Charles.