Rick Springfield Back To General Hospital 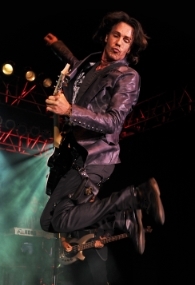 Rick Springfield will be joining all of the other former residents of Port Charles who are heading back to town for this year’s anniversary. People Magazine has confirmed that the actor, rocker and author will be back for a short run in April.

For this return, Springfield won’t be coming alone. His son, Liam Springthorpe, will also be joining the cast for a stint as an undercover cop.

Relive some of Tracy's past manipulations in our Flashback In GH History. And find out who refuses to go under the knife on Emmerdale.