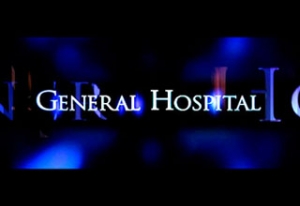 Kristina Corinthos started her community service this week and her first job at Pentonville Penitentiary was a visit with Johnny Zacchara. Kristina can find the good in most people and as a trusting soul she is not afraid of her father’s enemy. While Sonny is setting his sights on taking over Johnny’s business during his stay at Pentonville, it seems Kristina may be serving 500 hours to an old friend in need.

The history between Kristina and Johnny is mostly about the history between Sonny and Johnny. In the summer of 2010, Kristina took it upon herself to get even with her father by helping Johnny get even with him as well. It was a match made in heaven and hard to figure out whom was taking advantage of whom. Kristina was recovering from the tumultuous events of her relationship with Kiefer. It was a period where Kristina dealt out a handful of lies to protect him from Sonny before Alexis ran him over with her car while rushing Kristina to the hospital. Her biggest gripe with Sonny was how Michael ended up in prison for Claudia’s death.

Meanwhile, Johnny who was hell bent on revenge after what Sonny did to Claudia, went all bad boy and left Olivia who wanted him on the straight and narrow. Johnny played along as Kristina baited her parents into thinking she and Johnny were quite the item, legal in the eyes of the state. The two of them went traipsing all over Port Charles raising eyebrows. To no avail, Ethan, Olivia, Sam and Jason, could not get through to Kristina about the dangerous game she was playing with Johnny’s life.

Johnny never crossed the line her parents thought he had and the good in Johnny wasn’t buried too deep as he talked Kristina into realizing when enough was enough. It was after she covertly skipped a family dinner and had Molly cover for her. Unfortunately it wasn’t soon enough because shortly after they broke things off at his apartment they were wounded after the bomb planted in Johnny’s car by Sonny exploded. Kristina and Johnny survived and Johnny moved forward and found his bad boy side again when he went on to kill his grandfather. Through it all Kristina and Johnny developed a friendship that only her father could hate.

Take Soaps.com’s GH Poll: Gal Pals and consider which two ladies will be the next BFF’s in Port Charles. Also, visit the Dallas Recap: Trial And Error and return each week for recaps after Monday’s show.