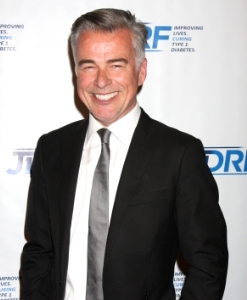 Ian Buchanan will appear in four upcoming episodes of “ODNT” in the role of Christoph, a photographer who offers an age-appropriate romance for one of the show’s protagonists. “I was looking to do something different, and ‘Old Dogs’ were looking for someone. I loved the premise of the show, and after Season 1 I found myself wanting to be involved in it,” Buchanan said. Look for his role to start airing on March 6.

You can play cupid for some residents of Port Charles in our GH Poll: My Funny Valentine. After that, be sure to chime in on our Weekly Soap Debate: Back From The Dead Storylines.