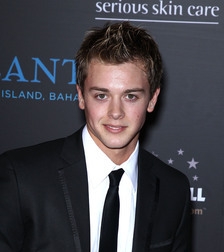 Michael has been in quite a Quartermaine quandary ever since AJ returned from the dead, determined to forge a relationship with him no matter what. AJ has made every move possible to ensure Michael sits beside him at the top of ELQ which has put Sonny on the defensive. Still, he has kept his hands clean when it comes to AJ ever since the boxing ring beat down.

And while AJ seems to be toeing the line as well, he has been spending much more time with Michael than Sonny, making sure to remind him of all of Sonny’s faults. Even the troubles with ELQ have promised to push these two closer together.

Who will Michael ultimately align with? Vote below and then check out the latest General Hospital Weekly Blog for more dish about everything that happened this week in Port Charles.

Brush up on your "Port Charles" past with Soaps.com’s Soap History: Port Charles. And it was a diva-off at McKinley on "Glee" last night in Glee Recap: Diva.