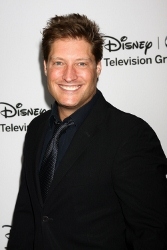 Just in time for Valentine’s Day, “General Hospital” star Sean Kanan (AJ) will be dropping by to chat with Marie Osmond on her eponymously titled show. He will be talking about his character’s return to Port Charles, but will also be showing off his skills in the kitchen. The actor will whip up his favorite romantic recipe from his recipe book, The Modern Gentleman: Cooking and Entertaining with Sean Kanan.

The veteran characters continue to return to Port Charles for this year’s anniversary. For the latest, read Jacklyn Zeman Back To General Hospital. And get a preview of an upcoming episode of “Men At Work” in our Primetime Dish.