Jacklyn Zeman Back To General Hospital 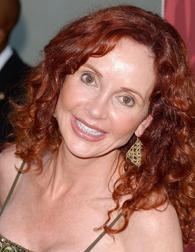 Jacklyn Zeman’s return to Port Charles is scheduled for November 27. Tune in to “General Hospital” that day to see what’s in store for Bobbie.

Jacklyn Zeman is coming back to “General Hospital” again this year. Bobbie returns to Port Charles soon for a storyline with her daughter. Dare we speculate that it has something to do with Carly’s (Laura Wright) favor to Alexis (Nancy Lee Grahn) regarding Sam’s paternity?

Jacklyn Zeman is heading back to Port Charles. The actress, who has been playing Bobbie off and on since 1977, will be back in episodes airing next month.

According to Soap Opera Digest, she will be appearing in at least three episodes. The first is set to air on March 21. Zeman has not been seen on the soap since 2010.

Get a glimpse of other returning stars in the GH Weekly Spoiler Video: Going Home Again. Find out what other former ABC soap stars have been doing lately in our After The Soap Finales: Where Are They Now?

Throwback Thursday GH Poll: Are You...