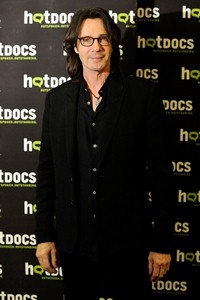 It seems the last few years there has been a rash of craziness in Port Charles when it comes to the relationships of doctors and nurses. Patrick Drake is frequently the target of affection, but some of those showing interest show less normalcy in the face of competition. Before Robin’s death Patrick wasted much time defending himself and his family from Lisa Niles who was set on ruining his life after their one night stand drove her mad. Currently Britt is finding new ways to manipulate him through family. In keeping things messy, Britt has found ways to disrupt hospital staff as much as Patrick’s life.

Does history repeat itself? If we travel back in time from 1981 to 1983 we could see similar relationships taking place with Dr. Noah Drake and his colleagues. Noah had an on and off again relationship with Bobbie Spencer in particular who in a mild fit of craziness faked blindness to win Noah’s affections again. Meanwhile fellow doctor Jeff Webber was interested in Nurse Anne Logan (Audrey Hardy’s niece). It was a competitive interest which involved his roomy, Detective Joe Kelly.

Surprisingly as much as Dr. Noah Drake was interested in women and them in him, he had major issues with commitment. This only set the stage for some inappropriate behavior, or not as luck would have it for Anne. She was Port Charles’ good girl who turned in frustration to Noah at one point to end her purity and he rejected her to protect her from herself. He respected and considered her a friend.

Patrick, like his father Noah did with both Bobbie and Anne, finds himself between a desperate Britt and a well-meaning Sabrina. Unfortunate for all concerned, Britt is throwing out all the crazy she can to get what she wants. She’ll do anything including put her job on the line.

Will Patrick hold his own and continue to defend Sabrina from Britt? Find out what’s happening in upcoming weeks between this trio in the General Hospital spoilers and catch up on Soaps.com’s Dallas Recap: Sins Of The Father. New updates are published every Monday after the show.