ABC’s The Bachelor To Include General Hospital Set Visit! (Updated!) 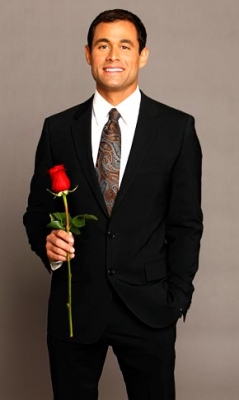 Talk about dedication to soap fans! Julie just called from the airport to give some scoop just for you! She spoke with Bradford Anderson (Spinelli) while disembarking from the ship where she has been covering Soap Cruise. She reported, “Bradford was happy that I reminded him that the episode airs tonight. He didn’t know that. His girlfriend, Kiera, told him that she set the DVR for it because they won’t be home on time.”

Bradford commented on the taping of the show, too. He said, “It was my first experience with seeing how Reality TV works. They work really fast. If we think that we work fast – they really work fast!” He also disputed a bit of gossip that he and Kristian Storms (Maxie) would be on hand to teach tonight’s screen kissing lessons. He tells Julie that they never taped themselves kissing. When Julie asked, Bradford also says when he and Kirsten were taping he didn’t notice if Jason (The Bachelor) was already favoring one of the girls. Drats!

Host Chris Harris usually gushes that this season of “The Bachelor” is the most exciting yet, but for General Hospital fans that might actually be true this time! As reported below, hunk Jason Mesnick will be taking a group date to the set of GH to learn how to give a screen kiss! ABC has just released the air date – Monday, January 26! We also now know that Kirsten Storms (Maxie Jones) and Bradford Anderson (Damien Spinelli) will make an appearance in the show, too!

If you’ve never indulged in the guilty pleasure of watching a season of “The Bachelor”, perhaps the next season is the perfect place to start. Why now? Because one of the infamous ‘group dates’ will be to the set of General Hospital! What could be romantic about visiting a soap set? Learning the techniques of screen kissing and acting out a secret fantasy, that’s what!

This year’s bachelor is Jason Mesnick, 32, a single father from Seattle. He made it to the final rose ceremony last season, only to drop on one knee and learn that he wasn’t the chosen one. His luck is bound to change because this time around, he gets to do the chosing and he’ll have twenty-five beautiful women to date in the process. In addition to the General Hospital
set visit, group dates will include private concerts from R&B singer Robin Thicke and pop star Kate Voegele, a Goodyear blimp ride over Los Angeles, and a romantic overnight date to New Zealand.

The date for the screen kiss lesson hasn’t been released yet, but why not catch the entire season this time around? The premiere is on Monday January 5, 2009 at 8:00 PM (EST). Soaps.com will recap the set visit episode for you in case you miss it!