"Glee" and "Vampire Diaries" helped make Primetime worth watching this week. If you missed a moment from either show, catch up with Soaps.com's Vampire Diaries Recap: Catch Me If You Can and Glee Recap: Sadie Hawkins. 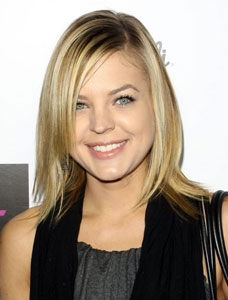 With the knowledge that she is carrying Spinelli’s baby from their night of lovemaking immediately after losing Lulu and Dante’s baby, Maxie has decided to pass her own child off as theirs anyway.

In no way is this a good idea, nor does she have any kind of real plan, yet Maxie has somehow seemed to have gotten their doctor Britt to agree to go along with it – for now. It’s hard to imagine why Britt would agree to such a scheme, no matter how sneaky she is. There is nothing in it for her other than a potential lawsuit and termination from her job. Or so it seems.

Will Britt continue to cover for Maxie, and if so, what do you think she will get out of it? Vote below and then check out the latest General Hospital Weekly Blog for more dish about everything that happened this week in Port Charles.