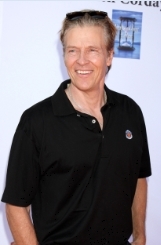 According to Soap Opera Digest, Jack Wagner’s first day back as Frisco Jones will be on February 4.

According to TV Guide Magazine, it looks like Jack Wagner (Frisco) is back in Port Charles. Reports say that the actor is already shooting new material. The character was last mentioned back in 2007 when Felicia (Kristina Wagner) explained that she and her ex-husband had reunited. That didn’t last.

A former Billboard chart topper for hits like “All I Need,” Wagner appeared as Maxie’s (Kirsten Storms) father on and off from 1983 until 1995. He went on to play Warren on “Santa Barbara,” Peter on “Melrose Place” and Nick on “The Bold And The Beautiful.” His first air date has not yet been announced but Soaps.com will keep you updated as information is released.

For more casting news, check out Kin Shriner Back To GH.

It’s going to be a busy year for Brax on “Home And Away.” Find out why in our Soap Scoop UK/Australia Edition.