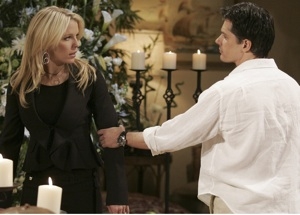 AJ recently ran into Coleman at The Floating Rib, where they gave Connie a quick recap of their history. It all started in 2002, when AJ (then played by Billy Warlock) tried to get back at Sonny for stealing Michael by going after his sister.

When Courtney came to town and learned she had a half-brother in Sonny, AJ took notice. He pursued her until she fell for him, despite constant warnings from just about everyone in town. AJ whisked her away to an island where they got married. Per AJ’s plan, Sonny went crazy when he learned of their nuptials. AJ offered to divorce Courtney, if Sonny would give Michael back to him. Sonny declined.

AJ eventually fell in love with Courtney and rejected his family when they disapproved of his choice of a wife. The newlyweds moved out of the mansion and into a small apartment. They were also cutoff by Edward when AJ refused to use Courtney to get Michael back.

Sonny ordered Jason to watch out for Courtney, which ate away at AJ’s insecurities. He started drinking again and crashed his car into Coleman’s strip club. Worried for her husband, Courtney secretly made a deal with Coleman to strip at his club if he wouldn’t turn AJ over to the cops. AJ eventually found out what his wife’s night job was though when Sonny brought it to his attention. Of course, this was in reaction to AJ telling Michael that Sonny was a gangster.

Humiliated, AJ set fire to the strip club. Courtney tried to clean up that mess too by turning to Jason, who she had grown close with. AJ then hired Coleman to stalk Courtney, in hopes of making her feel safe with him. When she found out about it, she left AJ and began a relationship with Jason. Never one to turn the other cheek, AJ tried to frame Jason for Luis Alcazar’s murder, but of course that plan blew up in his face.

Though Courtney and Jason married, they didn’t last. She went on to fall in love with Jax and then Nikolas before succumbing to a deadly virus in 2006. Meanwhile, AJ continued to circle the drain by faking his death twice, shooting his father in the back, kidnapping Michael, Kristina and Morgan and resurfacing a seemingly changed man.

Read about all the dysfunctional relationships in British and Aussie soaps in Soap Scoop: UK/Australia Edition and go to Soap Opera Fan to find out what’s ahead for Port Charles in the General Hospital Spoilers. 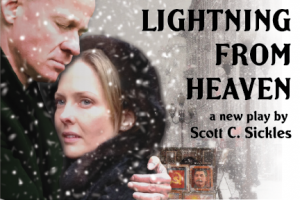 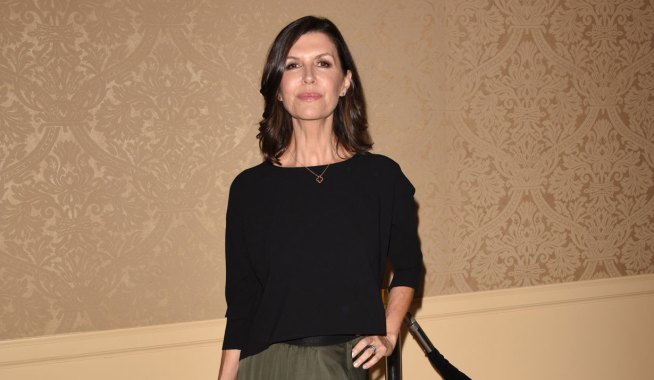