What do you remember about Lucy and Kevin's first meeting? Test yourself in last week's General Hospital poll.

There are no vampires, but there is a lot of intense drama in foreign soaps. Find out what's to come in Soaps.com's Soap Scoop: UK/Australia Edition. Find out what other classic characters are making their way to Port Charles in Soap Opera Fan's General Hospital Comings and Goings.

Lucy Coe had what many Port Charles residents believe was a psychotic break when she stabbed John McBain at Kelly’s. Little do they know, she really was a vampire slayer on the spin-off “Port Charles” and John looks exactly like the vampire Caleb Morley and Sam McCall has a strong resemblance to his obsession and Kevin Collins’ daughter Livvie Locke.

Caleb wasn’t the most popular of vampires when he came to Port Charles in 2001. He did some evil things, but had a soft spot for Livvie, who looked like his dead wife Olivia. He became obsessed and put Livvie under his spell. They married and she asked him to turn her, which he gladly did.

Livvie eventually broke free of Caleb’s spell and joined forces with the rest of the town to rid themselves of the vampire. Or so they thought. He would rise from the ashes a couple of times, once going by the alias of rocker Stephen Clay. Caleb would go on to wreak more havoc before becoming human, reuniting with Livvie and befriending Alison Barrington, whose great love Rafe Kovich was an angel and vampire hunter, just like his cousin Lucy.

Like his doppelganger John, Caleb was once staked through the heart. Though, unlike John, he was believed to have been vanquished. He wasn’t, but who did the deed? Vote and comment on the storyline below. 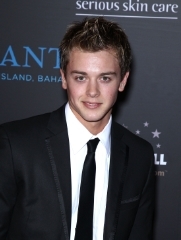