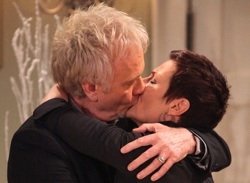 Luke resurfaces this week, but unfortunately for him, he’s being held prisoner. As any fan of the character knows, it’s not the first time Luke’s been locked up and it probably won’t be the last.

In May 2010, Tracy began to suspect that Helena had Aiden’s paternity tests switched, making it seem as if Nikolas was the father and not Lucky. Helena became aware of Tracy’s snooping and had her henchman kidnap her.

Helena held Tracy in a cell in the Cassadine compound, hoping to lure Luke there. Luke started to realize Tracy was missing, and just as Helena hoped, showed up to rescue her. Helena’s henchman grabbed him and put him in the cell with Tracy, who blamed Luke for her predicament.

Tracy grew quite ill while imprisoned and started talking about their Vegas wedding. Luke suggested they renew their vows, but Tracy passed out. In his panic, Luke promised there would be no more phony weddings if she came back to him. Tracy woke up furious, as Luke confessed to pretending they were married after getting drunk in Vegas in order to get her money. He insisted he fell in love with her though. Tracy wouldn’t hear it and turned down his offer to get hitched for real.

Eventually, Nikolas and Lucky freed them, but Tracy wouldn’t immediately forgive Luke. It took some time, but he eventually wore Tracy down. She even agreed to go to Vegas again to get married. However, in another drunken mix up, Maya and Ethan ended up married, not Luke and Tracy.

Back in Port Charles, Luke and Tracy planned a wedding at the mansion for late December. Luke jumped through all of Tracy’s hoops to prove he loved her. He even signed a prenup, which Tracy ended up burning because she was willing to take a risk on the man she loved. Of course, they ended up divorcing, but that’s another story.

What will happen during Luke’s latest stint in captivity? Watch “General Hospital” this week to find out.

Keep up with the latest twists and turns in the Hamptons through Soaps.com’s Revenge recap and find out about ex-“General Hospital’s” Steve Burton cast on The Young and the Restless. 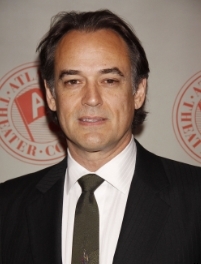