You can catch former Port Charles resident Nazanin Boniadi (ex-Leyla) on Primetime soon. The actress will be doing a guest appearance on the NBC comedy, "Go On." The series stars Matthew Perry ("Friends") as a man who joins a support group after his wife dies. It airs on Tuesday nights at 9:00 PM EST. Look for Boniadi in the episode scheduled for January 15.

Be sure to catch GH's Nancy Lee Grahn On Castle.

Make sure that you don't miss the latest Revenge Recap: Power. And keep up to date with our General Weekly Summary.

Check out this clip of Nazanin Boniadi in tomorrow night’s episode of “Go On.” Her character is the object of a competition between Matthew Perry’s character and snowboarder Shaun White. 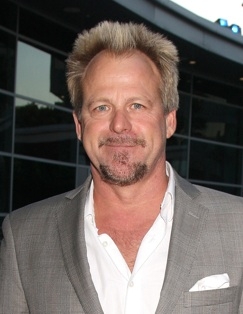