This week's edition of Soaps.com's Celebrity News dishes all the dirt about the babies, breakups and bisexual tendencies of the rich and infamous. Do you think Patch should come back to "DOOL?" Make your voice heard and vote in one of Soap Opera Fan Blog's Soap Opera Polls. 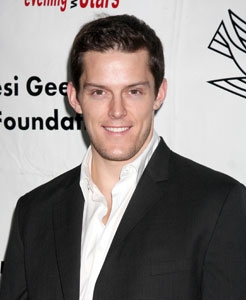 After Milo helped Spinelli get ready for his evening with Ellie on the roof of the hospital, it became very clear he was not over his eternal crush on Lulu. But isn’t it time to let Milo move on and start up something special with someone new?

Milo may be a supporting player, but he is a true delight whenever he is on screen. So why not give the affable henchman with a body built for sin what he wants? We don’t mind.

Who would you like to see Milo paired up with? Vote below and then check out the latest General Hospital Weekly Blog for more dish about everything that happened this week in Port Charles.