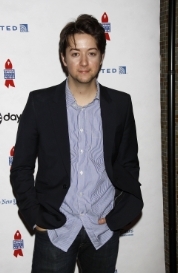 On Saturday November 16, the Port Chuck farewell tour kicks off at The Wilbur Theatre in Boston, MA.

Next stop on Sunday November 17, they can be seen at Mohegan Sun in Uncasville, CT.

Wednesday November 20, the group heads over to BB Kings Club and Grill in New York, NY.

After, they can be seen on Friday November 22, the guys will revisit the Governor’s Comedy Club in Levittown, NY.

They’ll leave the east coast and hit the Cincinnati area on Saturday November 23 for a performance at the Newport Syndicate in Newport, KY.

Finally, they’ll arrive at their ‘special last stop’ of the tour on Sunday November 24 for the grand opening of The Beer Market in Schaumburg, IL.

For more information including show times and how to purchase tickets to see the soap stars from Port Charles, visit Port Chuck.

Although Steve Burton (ex-Jason) is no longer on “GH” and Scott Reeves (Steve) will soon be gone as well, you can still find them performing as Port Chuck with bandmates Brandon Barash (Johnny), Bradford Anderson (Spinelli). The band will be on tour in February. Here are the places where you can see them.

On Saturday February 9, they will appear at The Beer Market in Vernon Hills, IL.

On Sunday February 10, they will be at Hilarities Comedy Club in Cleveland, OH.

On Tuesday February 11 & 12, you can catch them at Uncle Vinnie’s in Point Pleasant, NJ.

On Wednesday February 13, they will appear at BB Kings Club & Grill in New York, NY.

On Thursday February 14, you can find them at Water Street Music Hall in Rochester, NY.

On Friday February 15 they will be at the Wilbur Theatre in Boston, MA.

On Saturday February 16, they will perform at Mohegan Sun in Uncasville, CT.

On Sunday February 17, they will make their way to the Governor’s Comedy Club in Levittown, NY.

Revisit a past holiday season in Port Charles with our Flashback In General Hospital History.

Catch up on the latest news from former “Dancing With The Stars” contestants in our Reality TV Rush. And find out what’s in store for the end of the year in our General Hospital Weekly Spoiler Video: Game Changing New Year’s Eve.

General Hospital Poll: Who's That...