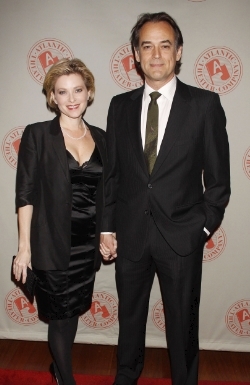 Two former ABC soap stars are tying the knot. Jon Lindstrom (ex-Kevin, “GH” & “Port Charles;” ex- Craig “ATWT”) has proposed to Cady McClain (ex-Dixie, “AMC;” ex-Rosanna “ATWT”). The two Daytime vets became involved while they were working together on “As The World Turns.” A date for the wedding has not been made public.

Soaps.com sends our congratulations to the happy couple and wishes them all the best.

Learn where you can catch another past favorite, “General Hospital” Alum Antonio Sabato Jr. On Stars In Danger.

Find out how season seven of “Dexter” ends in our Primetime TV Spoilers. And find out which former resident of Port Charles is returning in Meredith Vieira Back To General Hospital.