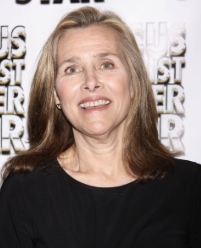 Meredith Vieira is headed back to “General Hospital.” TV Guide has reported that the actress and game show host will be retuning for a guest spot as Bree Flanders.

Her character was an upscale call girl who tangled with Luke (Anthony Geary) about a decade ago. Apparently she’s left prostitution behind and moved into cosmetics. She’s working at CoeCoe Cosmetics and will be appearing along with Lynn Herring (Lucy).

Look for her to return on Friday December 14.

Find out how season seven of "Dexter" ends in our Primetime TV Spoilers. And vote in our GH Poll: What Should Sam Do?