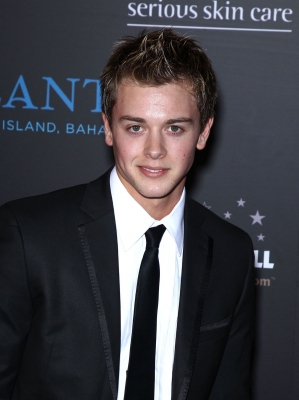 Ever since AJ returned to Port Charles, Michael’s life has been turned upside down. In fact he is so consumed with thoughts of his long lost father and what might have been that he can’t even bring himself to have sex with Starr! And while he ultimately told Starr what AJ did was worse than Carly and Sonny, he has not been acting like it and has been defending AJ to everyone in town.

Considering Michael’s need to keep out of trouble because of his parole, should he be so willing to risk it all by helping AJ out? Vote below and check out the latest General Hospital Weekly Blog for more about everything that happened this week in Port Charles.

Teen singer Courtney Stodden was banned from a bar. Find out why in Soaps.com's Reality TV Rush. Watch what the actors who portray Nolan Ross and Jack Porter have to say about the differences between season one and season two of “Revenge” on Soap Opera Fan's Revenge behind the scenes video with Gabriel Mann and Nick Wechsler.