Erik Valdez Out At General Hospital 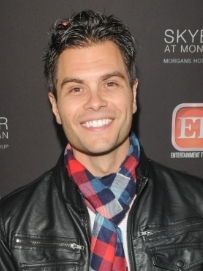 Soap Opera Digest has reported that Erik Valdez (Trey) will be leaving the cast of “General Hospital.”

This has not been officially confirmed by the series so far. The actor joined the cast in June and has been a major player in recent stories connected to Kate (Kelly Sullivan) and Kristina (Lindsey Morgan). No word yet on what will make his character leave Port Charles or what his final air date may be.

Soaps.com wishes him all of the best in his future endeavors.

Read about the next season of "Married To Jonas" in our Reality TV Rush. And learn what's happening next week in Port Charles in the General Hospital Spoilers.

‘Godzilla Vs. Kong’ Stomping To $69M By Sunday; Easily Top-Grossing Pic To Date At Domestic B.O. During Pandemic