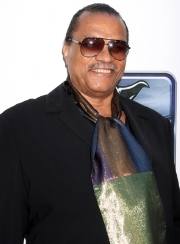 Entertainment Weekly is reporting that “GH” alum Billy Dee Williams (ex-Tousaint) will be doing a guest spot on the Primetime sitcom, “Modern Family.” Williams will be appearing as himself in the episode, “New Year’s Eve.” Look for him to run into Jay (Ed O’Neill) at a card game during a trip to Palm Springs.

Williams is probably best known for the role of Lando Calrissian in the “Star Wars” saga. He joined “General Hospital: Night Shift” as Toussaint DuBois in 2008 before crossing over to “General Hospital” in 2009.

Find out who the new doctor on “After Hours” is in our Primetime Dish. And learn what’s happening this week in Port Charles in the General Hospital Spoilers.