General Hospital Poll: Baring It All 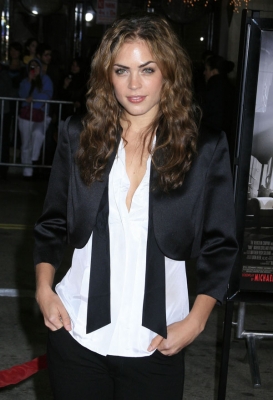 With the amount of times Dr. Britt Westbourne has dropped her clothes in the last few weeks you would think she is gearing up to give Lucy Coe a run for her lingerie-baring money at the upcoming Nurse’s Ball. It is clear her total confidence in her body has given her an edge over Sabrina when it comes to wooing Dr. Drake. And she is not the only person who has been taking it all off in Port Charles lately.

Which gratuitous skin show did you prefer? Vote below and check out the latest General Hospital Weekly Blog for more about everything that happened this week in Port Charles.

One of CW's hottest shows is switching timeslots. Find out which one so you don't miss a steamy minute in Soaps.com's Primetime Dish. If Emily thought Victoria was playing dirty before, she should really be worried now. Find out why in Soap Opera Fan's Revenge Recap: Exposure.

‘Monday’ Review: Sebastian Stan and Denise Gough in an Indie Drama of Love and Other Drugs

Billy Eichner, Who Joked About Colton Underwood Being Gay On ‘The Bachelor’ In 2019, Posts His Support After Today’s Reveal