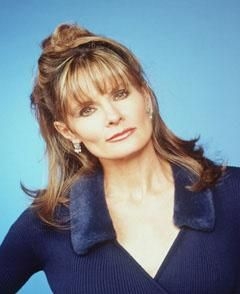 According to Soap Opera Digest, Lynn Herring is heading back to Port Charles. Fans will remember her as Lucy Coe. Apparently, her character is called upon to help bring the Nurses’ Ball back to life. Herring played Lucy from 1986 until 2003. She played the same role on “Port Charles’ and went on to play Audrey Coleman on “As The World Turns.” In addition to all of that, she had the challenge of once playing herself in the TV movie, “Never Say Never: The Deidre Hall Story.”

Look for Herring to return on December 14.

Get the latest on the rumors of Mila Kunis' pregnancy in our Celebrity News. And find out what another Port Charles resident had to say about her character in the Video Interview: General Hospital’s Julie Berman.