Read the full recap of the episode in the Dancing with the Stars recap on Reality TV Magazine.

Ryan could have a lot more to feel guilty about on "Coronation Street." Find out what in our Soap Scoop UK/Australia Edition. And does a passion for revenge run in the family? Check out what's coming up next in the Revenge Weekly Spoiler Video: Forgiveness.

Kelly Monaco (Sam) and her partner Val danced the Samba to Kelly’s guilty pleasure, Cher Lloyd’s “Want U Back.” Carrie Ann and Len gave Kelly & Val 8s and Bruno gave them an 8.5. 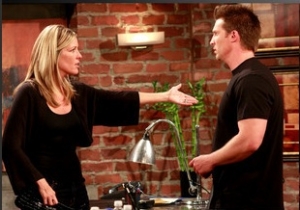