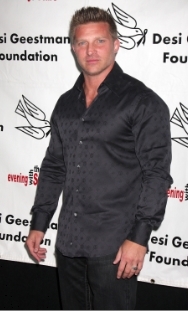 On the red carpet.

“GH” stars Steve Burton (Jason) and James Franco (ex-Franco) will be together again today. The two actors will be attending the premiere of the latter’s feature film, “Francophrenia” at the Austin Film Festival. The event will take place at the Paramount Theater at 7:00 PM in downtown Austin, TX.

For more information, please visit the Austin Film Festival. And for more about the unusual documentary, read James Franco In Francophrenia.

And find out how Hailey Glassman wants to empower women in our Reality TV Rush.