Do you remember whose murder Sami witnessed in Salem? Vote in the Days of our Lives poll.

Find out which familiar faces are coming to "Dallas" next season in Soaps.com's Primetime Dish and which GH alum was cast on The Young and the Restless in the Soap Opera Fan news room.

Out in a blizzard.

This past week, Sam reunited with the baby she thought had died. She came to this conclusion after putting her son in a planter box, passing out and waking up to her son not breathing. Of course, it turned out to be Tea’s baby, who Todd swapped for Sam’s. In 2009, a similar situation happened to Robin and Emma, minus the tragic baby switch element.

During the biotoxin outbreak, Robin, who fell into a postpartum depression after giving birth to Emma, had to rush her feverish daughter to the hospital. Not only was the hospital on lockdown, but there was a nasty blizzard. Robin set out anyway, but her car broke down.

Robin took her daughter out into the blizzard and passed out. Maxie and Johnny frantically looked for them after finding Robin’s minivan on the side of the road. They found Robin lying in the snow, but Emma was nowhere in sight. When questioned, Robin couldn’t remember what she did with her daughter.

Panic set in for a bit, but Emma eventually turned up. Fearing her daughter might die, Robin’s maternal instincts kicked in and she was finally able to bond with her child. Emma of course survived her fever and being misplaced.

Do you remember where Emma was found? Vote and comment in the storyline below. 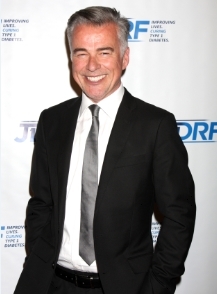 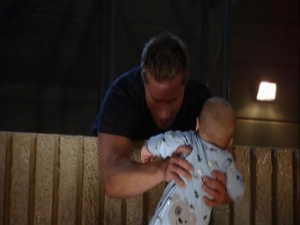