[crowdsignal poll=6585417]
Which man was the most sympathetic this week?

If you missed the Season 2 premiere of "Revenge," read our Revenge premiere recap. Missed the latest "Glee?" Catch up with our Glee recap: The Break Up.. 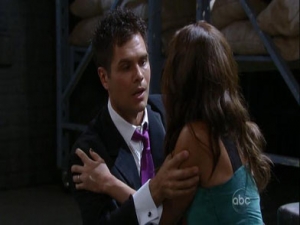 It was time for the ladies to move over this week as the men in Port Charles got all weepy and emotional. Sonny’s eyes got moist, a true rarity. Even Jason broke his stone cold character and flinched when Liz revealed her lies to him. But which guy’s outpouring of emotion had you the most hooked?

Who was your favorite emotional leading man this week? Let us know by voting below and check out the latest General Hospital Weekly Blog for more about everything that happened this week in Port Charles.