General Hospital Poll: Which A.J. Do You Prefer? 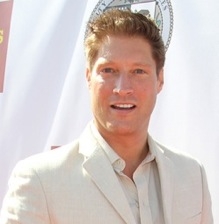 The many faces of A.J. Quartermaine.

Sean Kanan is returning to General Hospital soon, but it remains to be seen who he will be playing. One option is for him to reprise the role of the thought to be deceased A.J. Quartermaine, who he played from 1993 – 1997.

Of course, Billy Warlock played A.J. after Kanan, until his onscreen demise in 2005. And Gerald Hopkins, Justin Whalin, Christopher Ren Nelson and Jason Marsden all played him before Kanan.

Who did you prefer in the role? Vote and comment below.

Find out which former soap star is doing a play with Diane Lane in Soaps.com's All My Children Soap Digest and who just had a bachelor party in Vegas in Soap Opera Fan's Star Gazing.