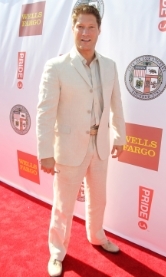 According to TV Guide, soap opera favorite Sean Kanan (Deacon, “B&B”) will be back on ABC soon.

The actor will be returning to “General Hospital.” Many viewers will remember that he used to play the role of A.J. Quartermaine. That character was killed off in 2005 so it’s still unclear if he is being resurrected or if the people at “GH” have something entirely new planned for him.

Look for Kanan to make his first appearance in port Charles on October 29.

Be sure to keep track of everything else that's going on with the soaps you don't have time to watch in our Soap Opera Fan Soap Summaries. And don't forget to take a look at our Soaps Digest Column to find out our take on what happened.