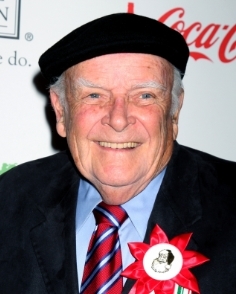 Veteran “General Hospital” star John Ingle (Edward) has passed away. The actor died on Saturday at the age of 84.

Ingle was an English and drama teacher for years before stepping into roles on television and in films like “Heathers” during the 1980s. In 1993, he joined the cast of “GH” as Edward Quartermaine and played the role until 2004. Ingle jumped over to NBC and assumed the role of Mickey Horton on “Days of our Lives” for two years before returning to “GH.”

Working on recurring status gave the actor time to do plenty of work outside of Daytime. In recent years he has done guest appearances on “Parks and Recreation,” “The Office,” “The Land Before Time” and “Big Love.” Ingle lost his wife, Grace-Lynne, earlier this year.

Soaps.com sends our condolences to his family and friends.