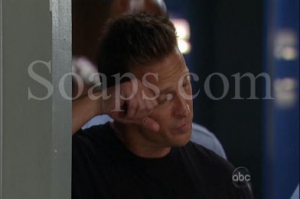 End of an era.

Fans of “GH” were rocked this week when Steve Burton announced he was leaving the show after 21 years. But where does that leave his character Jason Morgan? He certainly has a lot of loose ends to tie up, what with his baby with Sam, his impending divorce and his unresolved feelings with Liz.

How do you think Jason will leave Port Charles? Vote below and check out the latest General Hospital Weekly Blog for more about everything that happened this week on “GH.”

Kris K. settles a lawsuit, but not the one you are thinking about. Details in Soaps.com's Reality TV Rush. Find out which "Great Gatsby" star was spotted on the streets in Manhattan in our Celebrity sightings.