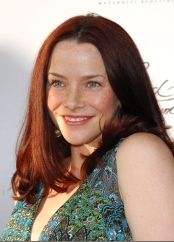 Annie Wersching, who used to play reality TV show producer Amelia Joffe on “GH,” will be appearing in the first two episodes of the new season of ABC’s Primetime hit “Body of Proof.” Look for her as a nurse who has been doing a lot more than that job description entails.

Since leaving Daytime way back in 2007, Wersching has been busy appearing on many series. She has had roles on “24,” “CSI,” “NCIS,” and “Hawaii Five-0” among others. “Body of Proof” will launch its latest episode in mid-season.

To find out all about Kim Kardashian’s dental bills, read our Reality TV Rush. And to voice your opinion on the soaps, vote in ourSoap Opera Polls