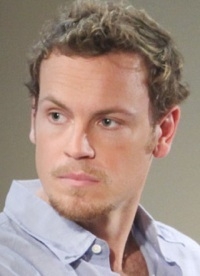 If you’re a fan of “GH’s” resident dangerous doctor Nathin Butler (Ewen), you’re in luck. He will be twittering away on Thursday August 2 while the show airs on the east coast from 3:00-4:00 PM. He may even drop a few hints about the major skeletons he has hiding in his closet, like Robin. You can ask him your own burning question. Make sure that you submit it Twitter tomorrow using the hashtag #askgh.

For more places to catch stars from the show, be sure to check out Laura Wright At Magooby’s Joke House.