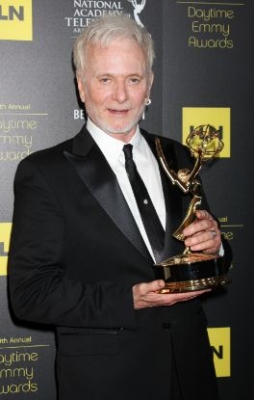 If you missed Saturday’s Daytime Emmy telecast, you can catch our blow by blow recap of the awards, by reading Soaps.com’s Live Emmy Blog. ABC’s last remaining soap, “General Hospital” was a major winner at the 39th Annual Daytime Emmy Awards. The series took five honors at the festivities on Saturday night. “GH” took the top honor of Outstanding Drama Series and dominated the acting categories. Anthony Geary was given his seventh trophy for his work as Luke Spencer in the Outstanding Lead Actor Category. Fellow vet Nancy Lee Grahn (Alexis) picked up the Best Supporting Actress award and Jonathan Jackson (Lucky) was chosen as Outstanding Supporting Actor.

Soaps.com sends our congratulations to the winners.

Be sure to click the options button in the bottom right-hand corner of our main page video to watch all of Soaps.com’s Daytime Emmy Red Carpet Interviews. In particular, watch for Jonathan Jackson (Lucky) on the red carpet talking about his love for his co-stars and Executive Producer Frank Valenti’s hints about what is ahead on “GH” leading up to the 50th anniversary.