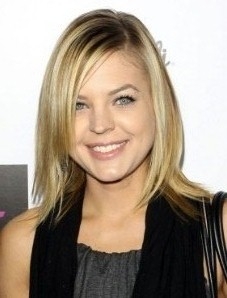 Kristen Storms was back on the set to start shooting fresh material as Maxie today. Her first new scenes will air on September 5.

According to Soaps In Depth, Storms is already back at work and should be appearing again in late August. Her sub, Jen Lilley released this farewell to her fans.

Ever since Kirsten Storms (Maxie) left "General Hospital" to go on medical leave last September, rumors have been swirling about when she might return. Soap Opera Digest is now reporting that the actress is in talks to return to the show. Originally, she was meant to return in January but was unable to do so.

Jen Lilley has been playing the role of Maxie since she left.

To hear from a "GH" vet about this week's Daytime Emmys, be sure to check out this Maurice Benard Video Interview