General Hospital Poll: What Will Happen To The Babies? 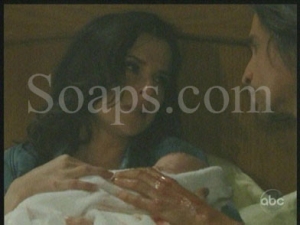 Two babies arrived in Port Charles this week, both under less-than ideal circumstances. Téa depended on Todd to help her deliver her son in the pouring rain under a bus stop, and made no bones about screaming her displeasure the whole time. Sam had it a bit better, giving birth in McBain’s bed, but it was much too early. As bad as the deliveries were, once they got here things got much worse for the babies. Téa’s son, not crying, is in the hands of Heather and Todd while Sam waits for John who just isn’t coming. What will become of them?

Vote below and check out the latest General Hospital Weekly Blog for more about everything that happened last week on “GH.”