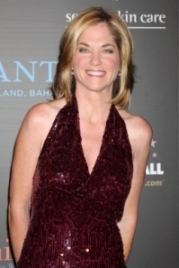 Back to Port Charles.

Kassie DePaiva (Blair) will soon be back on the canvas. Executive Producer Frank Valentini tweeted that the actress is going to be appearing again before the summer is out. “You’re hearing it here first… Kassie DePaiva’s Blair will visit ‘GH’ this summer!” he tweeted.

Details of DePaiva’s official air dates, and what brings her character back to town, have not yet been released. Soaps.com will keep you updated as more information becomes available.