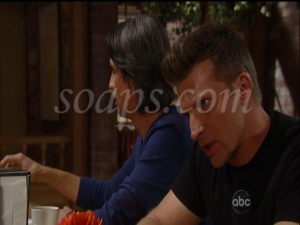 This week we were reminded again that John McBain is in Port Charles for reasons beyond causing tension between Jason and Sam ─ namely, taking down Sonny for his sister’s death. He has no evidence to prove it, but he wants justice and just won’t give up. But will he succeed and is Sonny even guilty?

Vote below and check out the latest
General Hospital Weekly Blog for more about everything that happened last week on “GH.”