Jaime Ray Newman (“CSI: NY,””Eastwick”), who played Alexis’ (Nancy Lee Grahn) sister Kristina on “General Hospital,” will appear in the new ABC series “Red Widow.” The series stars Radha Mitchell (“The Crazies”), who takes on the mob, which she has familial ties to, and the FBI when her husband, whose business partners are involved in illegal drug dealings, is killed. Newman plays the sister of Mitchell’s character.

Based on the Dutch series “Penzoa,” “Red Widow” will air on ABC midseason. Watch the preview for the drama below. 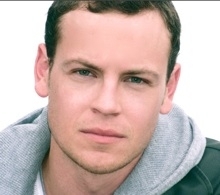