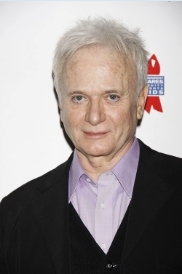 Once again, ABC’s “General Hospital” is a dominant force at the Daytime Emmys. The show received eleven nominations across the acting categories.

Laura Wright (Carly) picked up the nod in the Outstanding Lead Actress for her work as the frequently self-destructive owner of the Metro Court who said goodbye to yet another husband.

Series veterans Maurice Benard (Sonny) and Anthony Geary (Luke) both received nominations as Outstanding Lead Actor for their work. Luke went down a spiral of addiction and nearly lost his family while Sonny got back the love of his life and lost her again.

Nancy Lee Grahn (Alexis) and Rebecca Herbst (Liz) are competing in the Outstanding Supporting Actress category. Liz fell apart after losing a child while Alexis tried to keep it together for her family.

Chad Duell (Michael) and Nathan Parsons (Ethan) were both recognized in the Outstanding Younger Actor category. Michael dealt with the trauma of rape and a thirst for revenge while Ethan had to get used to having a family.

"GH" almost completely owned the Outstanding Supporting Actor nominations. Bradford Anderson (Spinelli) faced losing his unwife and the implosion of his life. Sean Blakemore (Shawn) came to town and got between the cops and the criminals as he coped with PTSD. Jonathan Jackson (Lucky) lost a child and his new wife and Jason Thompson (Patrick) dealt with a crazed stalker.

"General Hospital" has also been recognized this year with the most desired nomination, Outstanding Drama Series.

Soaps.com congratulates "GH" and all of its nominees who made the final cut for this year's 39th Annual Daytime Emmy Awards Nominations.