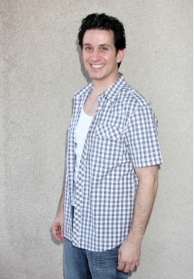 Out of Port Charles.

It will likely come as no surprise to anyone watching the show that it’s the end for Ronnie. The character left the series in a hail of bullets. The character’s portrayer, Ronnie Marmo, is out and off to do other things.

The actor has left his three year stint on the soap behind but can already be found elsewhere. He has finished roles in six features, including “Hotchfeld,” “Death Of A Tree,” “Pizza And Bullets,” “Hypo,” “Truck 20’s Location,” and “For The Love Of Money.” He is also expanding his 68 Cent Crew Theater Company to the east coast and may be sticking around for another season of the webseries, “Adults Only,” co-starring fellow “GH” vet Brianna Brown (ex-Lisa).

For more on the last item, check out Ronnie Marmo And Brianna Brown Adults Only Spoiler Video.