Rick Springfield’s (ex-Noah) close relationship with his devoted fans is on full display in the documentary An Affair of the Heart. Now, he’s giving something back to them by inviting them to sing his new record.

If you’re one of his many fans and would like to be included in the chorus of Springfield’s song “I Hate Myself” (he promises it’s a positive record), go to Rick Springfield Rockstar for instructions. Basically, you just have to record yourself singing part of the chorus and post it anywhere online: Facebook, YouTube, etc. Then, go to the site and send Rick your info and the link to your video.

Watch the video below of Rick explaining the process and the line you should sing. Will you participate? 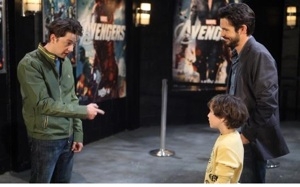