Find out what's happening on soaps in other parts of the world at Soaps.com's Soap Scoop: UK/Australia Edition. 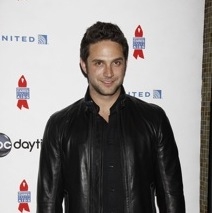 Rumors have been swirling the last few days that Brandon Barash was leaving the role of tortured, yet cocky, mobster Johnny Zacchara. “General Hospital’s” executive producer Frank Valentini took to Twitter to clear things up.

Valentini tweeted, “Hey, what’s with all these rumors about Brandon Barash leaving? Not happening.” He capitalized the last two words for effect.

So there you have it. Are you relieved Barash’s Johnny Zacchara will be sticking around, or were you hoping the rumors were true? Vote and comment below.