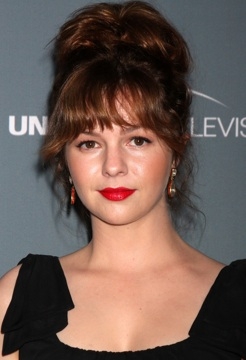 Back to say goodbye.

Amber Tamblyn (ex-Emily) is on her way back to “House” for the series finale. She will reprise her role of Martha Masters, who was part of season seven.

The May 21 series finale is titled “Everybody Dies.” “House” airs on Fox Monday nights at 9:00 PM EST.