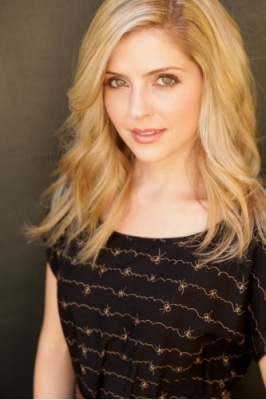 General Hospital’s Jen Lilley (Maxie) will be the guest of honor at Lynchburg’s CINEviews French Film Festival, which kicks off Friday and continues with six film screenings throughout the weekend. Lilley, who appeared in the Oscar-winning silent film “The Artist,” will take part in a special Q&A session.

In an interview with The Burg Weekly Entertainment Guide, she talks about her relief at the renewal of “General Hospital,” and how playing the role of Maxie has helped her develop as an actress.

“Soaps are crazy difficult to work on,” she said. “They’re kind of the most difficult medium to work on, and I’m not just saying that because I’m on it. I knew that going on. We shoot about 120 pages a day. In a normal show … 7 ½ pages is like a nightmare. We shoot 120 pages, and 30 to 40 of those are my own dialogue. You have to be able to improv, even though they want it to be script word perfect. If you mess up or if you flub, you have to be able to … make it look like it’s just part of the script.”