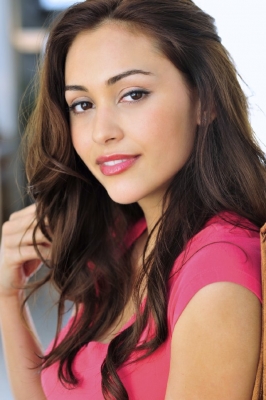 Lexi Ainsworth (ex-Kristina) took to Twitter in regards to the recast and stated, “Thank you guys for all your support but I won’t be reprising the role of Kristina. I loved her but I’ve also loved being free to do film. I enjoyed meeting Frank & I know you will love the new Kristina that he has found. I learned so much from my ‘GH’ home & want to grow further.”

Nancy Lee Grahn (Alexis) also sounded off and tweeted, “Lexi’s already got offers for many Primetime projects. She didn’t want to sign contract & Kristina contract role. IMO she made the right decision.”

TVLine is reporting that “General Hospital” has recast the role of Kristina Adela Corinthos Davis, previously played by Lexi Ainsworth, who left in October.

Sonny (Maurice Benard) and Alexis’ (Nancy Lee Grahn) daughter will now be played by Lindsey Morgan, who has previously had roles on “Happy Endings” and “How I Met Your Mother.” She will make her debut in Port Charles on May 22.

Morgan confirmed the announcement on her Twitter page today. “I finally get to talk about it! Officially playing Kristina on General Hospital! Ahhhh!”

Read about ABC’s decision to keep GH and ditch The Revolution.