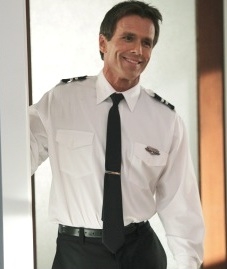 As reported by Soaps in Depth, Scott Reeves (Steve) will guest star on this Sunday’s “GCB” A.K.A. “Good Christian Belles.” He will reportedly play Captain McPhee in the episode titled “Turn the Other Cheek.”

Keep up to date with other nighttime TV series at Soaps.com’s Primetime Dish

Finola Hughes On Contract With...