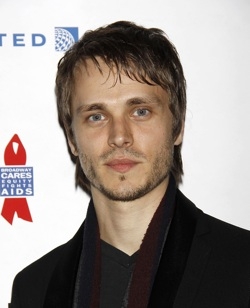 In addition to being an actor, Jonathan Jackson (ex-Lucky) is also a musician in the band Enation and is now a published poet. Jackson recently released “Book of Solace and Madness,” which is described as mystical poetry.

To buy Jackson’s book go to Enation Music. If you’re still missing him on the small screen, you might be able to catch him on the Primetime lineup this fall, as he has been tapped to star in the pilot Nashville.