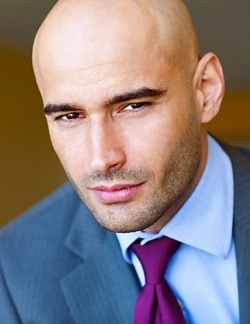 According to Soaps in Depth, Delores’ (Rebeka Montoya) much talked about husband will finally be introduced. Beginning the week of April 16, Christian Monzon will take on the role of Eddie Cabrera.

What are your thoughts on Eddie? Is he the stripper stalker? Vote and comment below.

If you haven't yet, read Soaps.com's March Soap Opera Interviews.